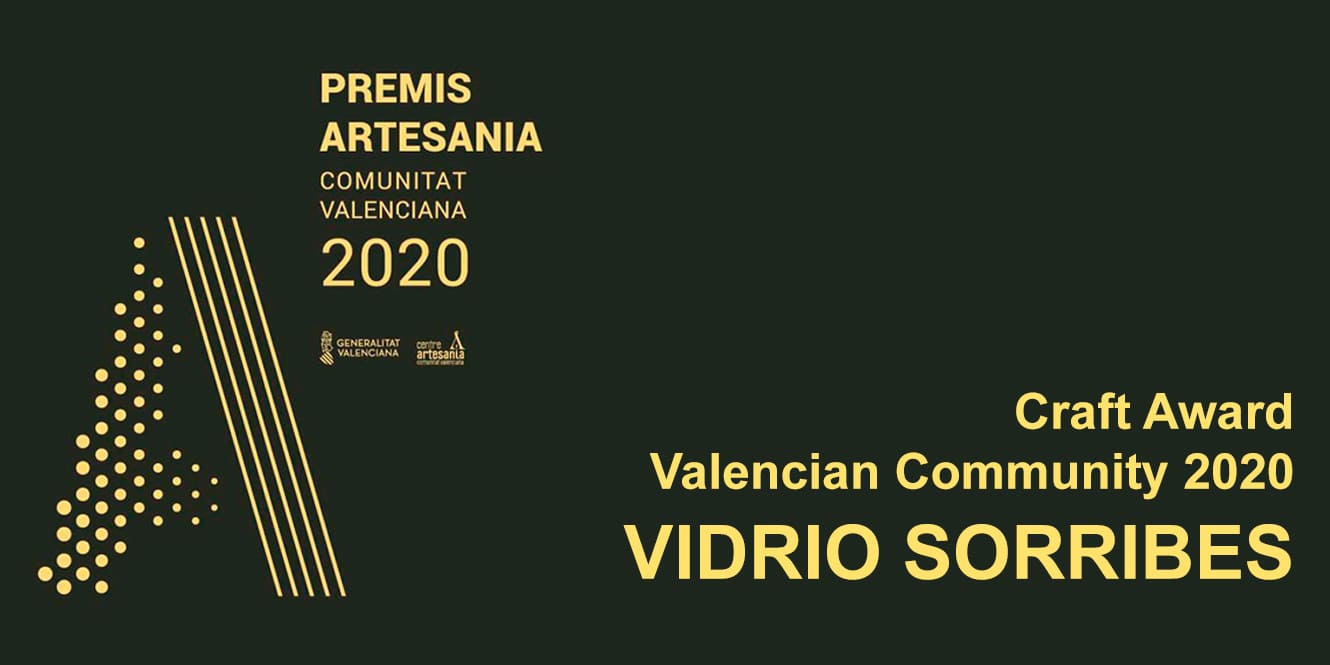 On this occasion, more than 90 applications have been submitted in total for one or more of the seven categories called: Valencian Community Craftsmanship; Tradition; Vanguard; Innovate; Picture; New Talents and Artisan Woman.

After the deliberation of the Jury, made up of people of recognized prestige in the field of crafts, the Minister of Sustainable Economy, Productive Sectors, Commerce and Labor, today announced the names of the winning companies.

Thus, the Valencian Community Crafts Award which aims to reward the global nature of a business career, its know-how, and the ability of all its work and its initiatives to transmit the positive and differentiated values of craftsmanship has fallen on the company Artesanía en Vidrio J. Sorribes, S.L.U.

The Tradition Award which aims to reward the works developed by its author with criteria of originality and uniqueness, and inspired by their know-how has fallen to the company Piró Orfebres S.L.

The Vanguard Award with the purpose of awarding the works characterized by their high creative value and their innovative spirit from the functional and formal point of view, it has been to Simone Simons.

On the other hand, the Innova Award, specifically intended for artisan companies in the agri-food sector and which aims to recognize and encourage artisan companies in this sector that develop original, unique and innovative products from the material, formal or process perspective, typical of their trade has been for Brew&Spirits S.L..

The Image Award aims to recognize the effort made by artisan companies to achieve an image of an artisan brand recognized and valued by the markets, considering aspects of construction, concept, presence, communication and marketing. This time the award went to Althaia Artesana S.L.

On the other hand, the New Talents Award, which is awarded in order to recognize the talent applied to the most viable artisan projects of the universities and schools of art and design of the Valencian Community has been for Gemma Herrero Valls, from the Polytechnic University of Valencia.

Finally, the Artisan Woman Award aimed at recognizing a business project piloted by a woman, encouraging and valuing the growing role and importance of women's work in the artisan activity as a whole, has been to Verónica Palomares Langa.

All the finalist projects, along with the winners of each category, will be part of an exhibition at the Crafts Center, which can be visited from November 27.

From the Valencian Community Handicraft Center we convey our most sincere congratulations to all the winners and winners in this seventh edition.